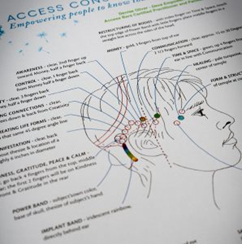 Where did it all begin?

Gary is a man who has asked questions all his life, looking for that elusive something, trying many modalities including church movements. He was looking for that ‘something’ that equals happiness and consciousness.

During his life he has experienced a lot, several jobs, two wives, and two divorces, four children, 2 natural and 2 step-children.

Eventually, Gary realised that he had abilities as a psychic, a direct channel with one of the most powerful spirits, Rasputin. Yes, the very same Rasputin who advised the Russian royals all those years before and who was treated with suspicion and judgement by many around him, however, Rasputin was communicating something unique and life changing directly through Gary.

Some of you may have just rolled your eyes and thought ‘Yeah, whatever’, if that is the case, then what do you believe? Do you really think that we just stop being when we die? That all our energy just disappears? If you do, then that’s cool but keep reading anyway – you won’t be sorry.

According to Shannon O’Hara, Gary’s step-daughter, Gary channeled the initial Bars® information back in 1991! Further information was given which began the start of Access Consciousness, as we know it now, in 1992.

In the very beginning The Bars® and what we know as The Foundation were the same course. Over time Gary realised that folks weren’t  choosing The Bars® and he went on to create this as a separate entity to The Foundation. Gary often says of this, that it’s like letting kittens out of a box and that you can never be sure of the fun, or mayhem that this will create.

Now fast-forward to the Millennium, a dawn of a new era, and enter Dr Dain Heer.

Dain was a practicing chiropractor in Santa Barbara. To everyone on the outside he seemed to have everything – two chiropractor clinics, the life in elusive Santa Barbara, and a fiancée who was soon to be his wife. He had, what appeared to be the things that matter in life and yet in reality, he was depressed.

He made a demand of the Universe, things had to change, or he was out of here.

With that he set a date for his own suicide. Drastic!

You see Dain was a dreamer. He was doing everything he knew how to change people’s lives and introduce them to happiness, and yet his own reality weighed on him heavily, his dreams of something different were out of reach.

A week after making such a huge demand on the universe Dain saw an advert in the local paper which said, ‘All life comes to me with ease and joy and glory’. There was a girl’s name and a phone number attached. The advert stayed with him until eventually he called the number:

“Oh we do all kinds of things here and the best way to get to know all the stuff is to experience it.”

With that thought ringing in his ears he toddled off for his first session, a session that was to completely change his life.

His first session was a session of Bars®. There are many verbal accounts of what Dain experienced but in his book “Being You Changing The World”, he says, ‘During my first session, I experienced a sense of awareness of being peace and space that I had been looking for all my life, and never contemplated killing myself again.’

Dain continued to have sessions with the girl who had changed his life on his first visit. She was to become a good friend to Dain, and still is to this day. Have you figured out who she is yet? She was none other than Shannon O’Hara, Gary’s step-daughter.

Dain very quickly went on to meet Gary and completed every course Gary had to offer. Before long they were firm friends. They now share a home in Texas, a love of horses, 50:50 business relationship with Access Consciousness and a commitment to spreading consciousness on this planet. They work a minimum of 12-hour days, at least 6 days a week across the globe. Their energy is amazing, limitless and phenomenal and they facilitate people across the globe with the tools of Access Consciousness.

They create together and they create separately; many books, tele-classes, and live courses. They have an awesome number of people who work with them around the globe, empowering people to be aware of what it is they require from this life they have chosen, myself included.

Gary and Dain invite us to know that more is possible, and they ask that we come out of judgement of us and the wrongness of us. How do we do this? One of the best places to start is by having your Bars® run. Those 32 magical points on the head that Gary channeled back in 1991.

If you are interested in having your Bars® run or for more information then please contact me.

With ease and magic for all you be